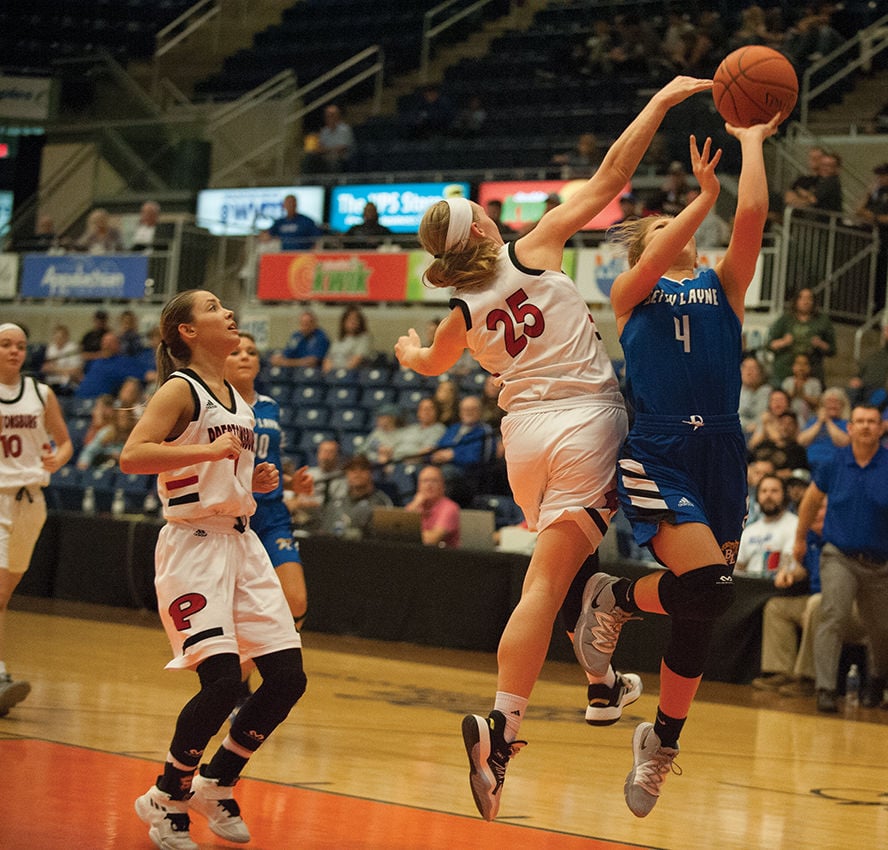 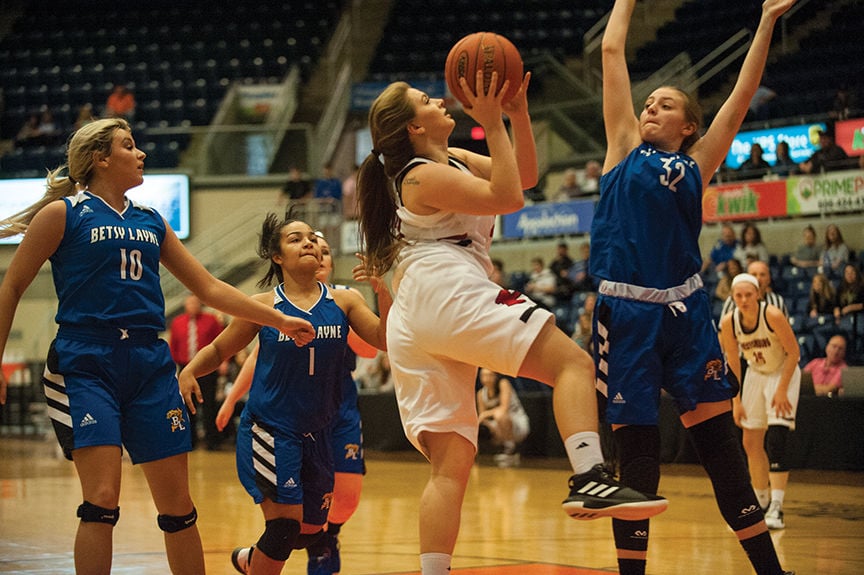 Prestonsburg’s Alivia Slone goes up for a shot over Betsy Layne’s Kim Akers in the 15th Region All “A” Classic. 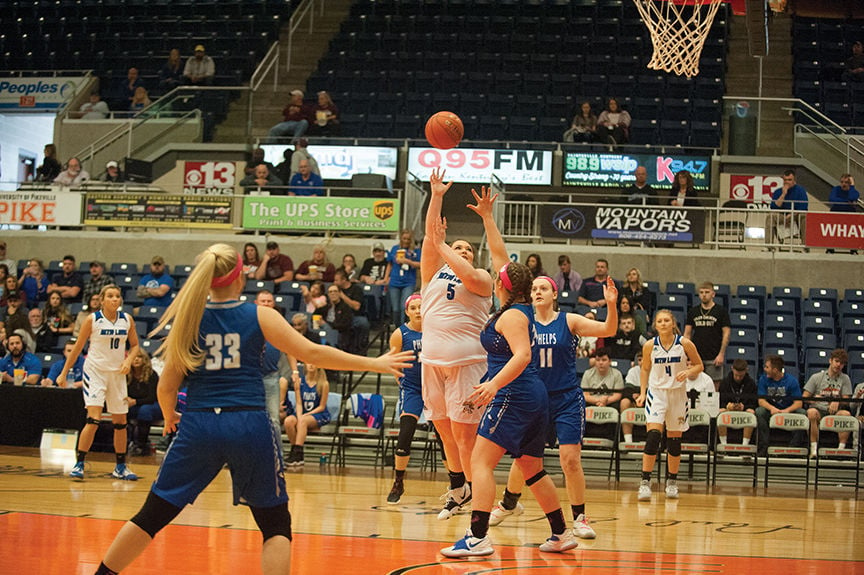 Betsy Layne’s Alexandria Jarvis goes up for a shot against Phelps in the 15th Region All “A” Classic semifinals. 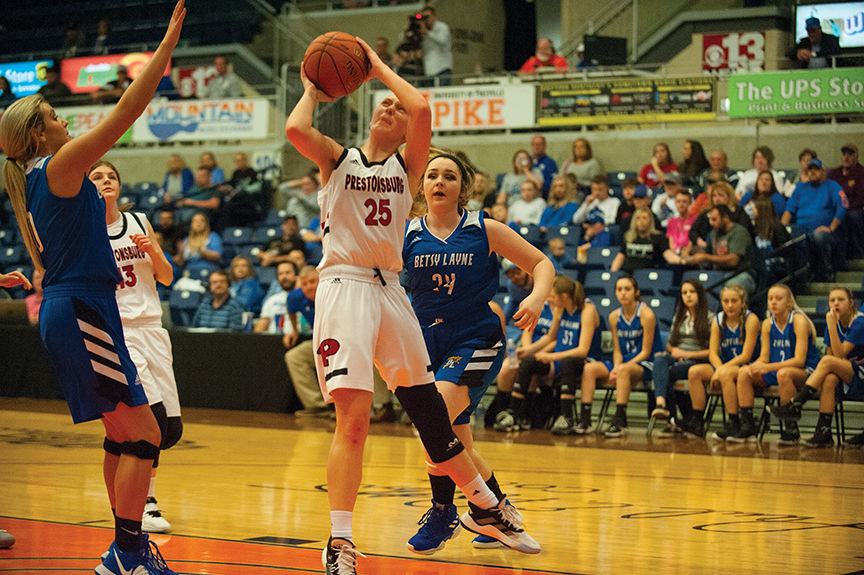 Prestonsburg’s Faith Lazar goes up for a shot against Betsy Layne Saturday night at the Appalachian Wireless Arena.

Betsy Layne knocked off Floyd County rival Prestonsburg Saturday evening to advance to the 15th Region All “A” Classic semifinals against Phelps Sunday.

The Lady Bobcats fought hard, but came up short against Phelps in the semifinals.

Shelby Valley defeated Phelps 61-45 in the 15th Region All “A” Classic championship.

Kylie Hall hit the offensive glass for Phelps Sunday in the 15th Region All “A” Classic semifinals against Betsy Layne.

Hall had quite a performance as she scored a game-high 21 points and pulled down a game-high 14 rebounds to lead the Lady Hornets past Betsy Layne and into the All “A” Classic championship against Shelby Valley.

Out of Hall’s 14 rebounds, eight came on the offensive glass.

The Lady Hornets and Lady Bobcats were tied at 8-8 after the first quarter of play. Phelps’ Chloe Smith scored and was fouled with 3:40 left in the first half; she missed the free throw, but the Lady Hornets held a 17-12 lead. Smith followed with a three to give Phelps a 20-12 lead.

Betsy Layne’s Kennedy Boyette knocked down a three with 1:27 left to cut the Phelps lead to 23-19.

Hall answered for Phelps with a basket and she was fouled on the play; she made the free throw to push the lead to 26-19.

Betsy Layne’s Amelia Blackburn knocked down a pair of free throws with 2:48 left to tie the game up at 33-33.

Phelps held a 40-33 lead over Betsy Layne after three quarters of play.

Jarvis opened the fourth with a basket for the Lady Bobcats to cut the lead to 40-36. Jarvis scored again with 4:04 left to play to cut the Phelps lead to 43-42.

Alyssa Sargent knocked down a pair of free throws for the Lady Hornets with 1:34 left to play to push the lead Phelps lead to 53-47.

Phelps (11-5) hit four of their last five free throws to ice the win and advance to the 15th Region All “A” Classic championship. The Lady Hornets were scheduled to take on Shelby Valley in the championship game.

The Lady Bobcats took control in the second quarter and never looked back as they held on for the nine-point win to advance to the 15th Region All “A” Classic semifinals Sunday.

Phelps was scheduled to play Piarist, but Piarist dropped out of the tournament giving Phelps a Bye until the semifinal round.

With the game tied at 13-13 after the first period of play, the Lady Bobcats outscored Prestonsburg 21-11 in the second to take a 34-24 halftime lead.