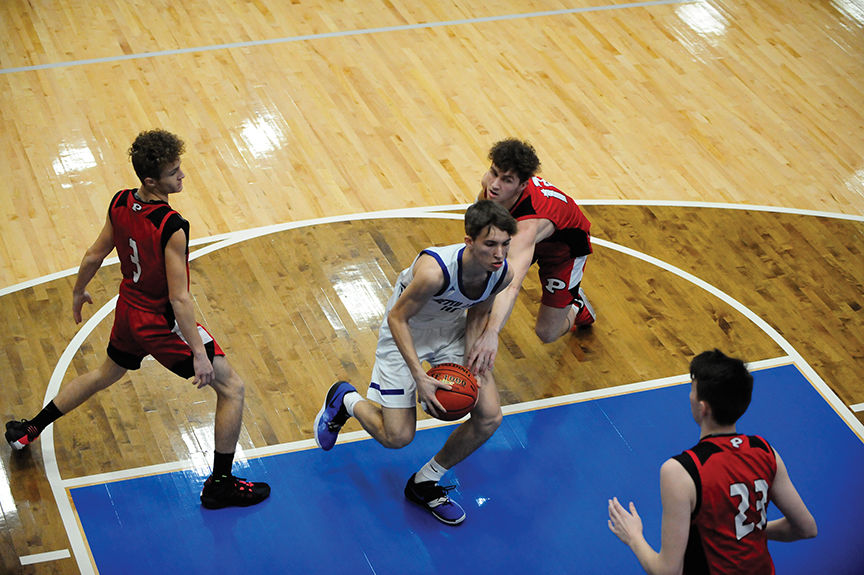 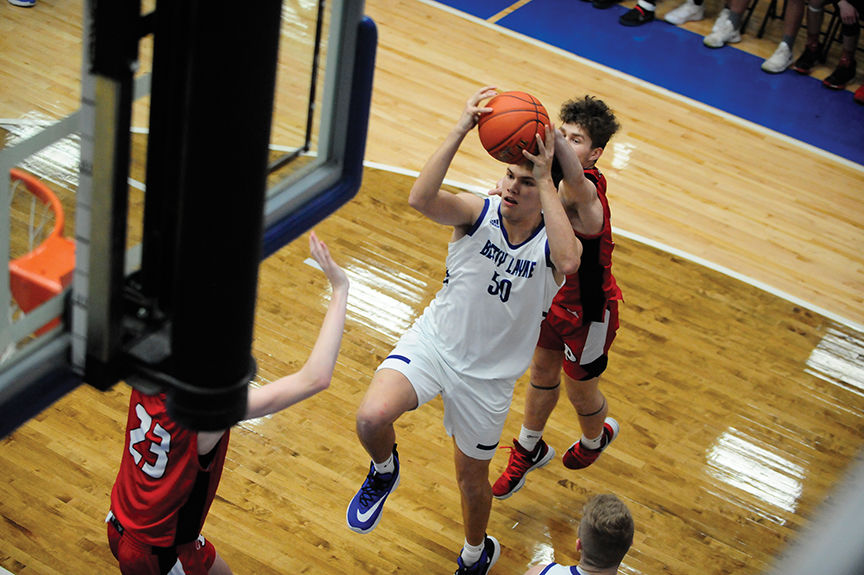 Betsy Layne’s Chase Mims drives to the goal via the baseline as Prestonsburg’s Gunner Williams tries to block his shot from behind.

Prestonsburg dropped to 6-11 overall and 1-3 in the district with the loss.

Remaining out in front, Betsy Layne led 49-33 at the conclusion of the third quarter.

“I thought we came out with a lot of energy to start the game,” Betsy Layne coach Brad Short commented, following his team’s victory. “Then, we just got away from what was working for us. Any district win is a good one. I was proud of our boys and just hope we can continue to mature and play well going into the postseason.”

Brady Robinson scored 17 points to lead Betsy Layne to the win. Robinson was two of four from three-point range.

Flirting with a double-double for the Bobcats, Lukas Manns netted nine points and claimed eight rebounds.

Chipping in offensively, Adam Slone and Will Gullett added eight points apiece for the Blackcats in the setback.