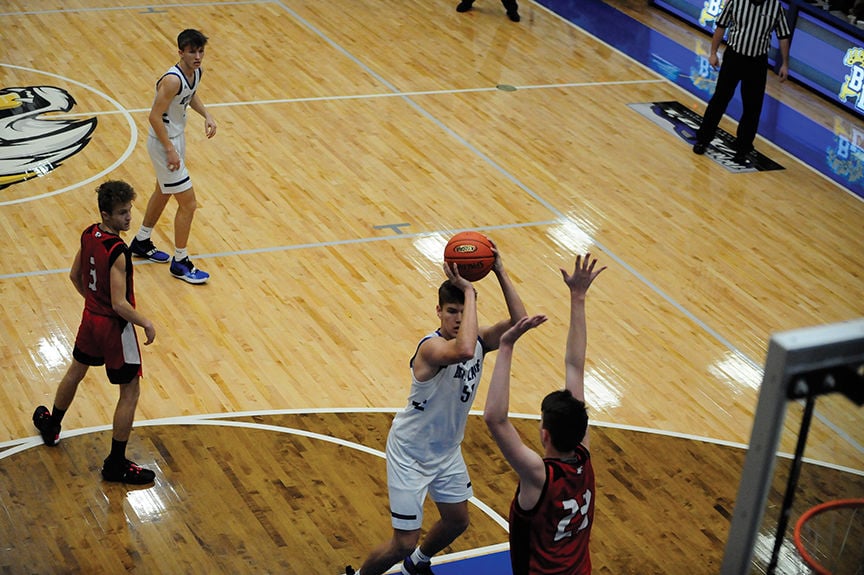 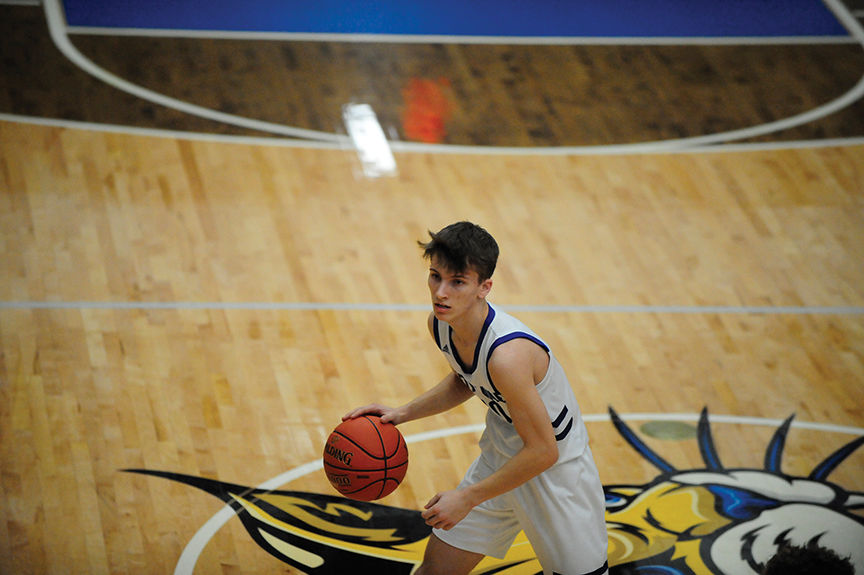 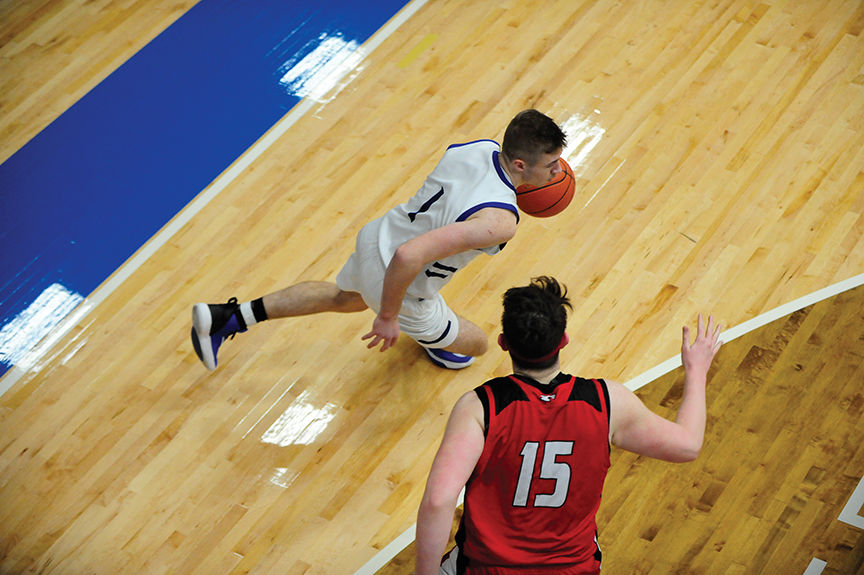 Betsy Layne’s Jordan Frazier looks to make a move against Prestonsburg’s Will Gullett during a 58th District boys’ basketball game one week ago.

Floyd Central dropped to 4-17 overall and 0-5 in the district with the loss.

Betsy Layne, which claimed its fifth consecutive victory, shot 52.7 percent (29 of 55) from the field. The Bobcats were 10 of 16 (62.5 percent) from three-point range, faring even better beyond the arc.

Lukas Manns led Betsy Layne with a team-high 22 points. Manns and teammate Andrew Kidd were each 4-of-5 from 3-point range. Kidd and Brady Robinson contributed 17 points apiece for the Bobcats while Jordan Frazier added 11 points.

Betsy Layne set the tone early, outscoring Floyd Central 23-13 in the opening quarter. The Bobcats led 37-33 at halftime. Extending its lead after the break, Betsy Layne led 58-46 at the conclusion of the third quarter.

The Jaguars managed to outrebound the Bobcats 37-24, excelling inside.

Blake Slone scored a game-high 28 points to pace the Jaguars. Slone was six of 10 from the field.

Recording a double-double for the Jaguars, Brandon Little netted 10 points and grabbed a game-high 15 rebounds.

Remaining in the win column over the weekend, Betsy Layne leveled host Lee County 92-52 in a boys’ high school basketball game on Saturday.

Sophomore Chase Mims led a balanced offensive effort for the Bobcats, scoring 19 points. Mims was nine of 11 from inside the arc.

Accompanying Mims in double figures in scoring for visiting Betsy Layne, Jordan Frazier netted 17 points and Brady Robinson contributed 14 points. Frazier was 5-of-5 from inside the arc.

Trenton Combs paced Lee County with a game-high 20 points. Combs was four of 10 from three-point range.