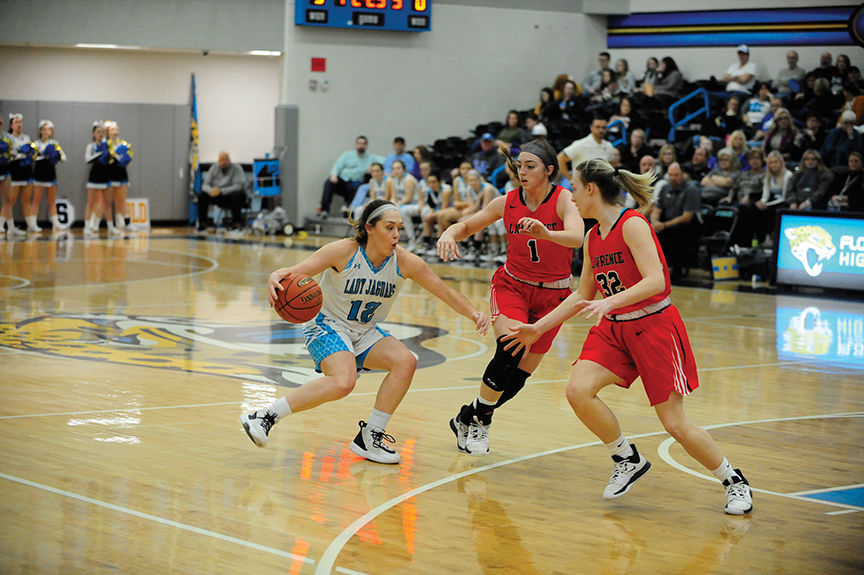 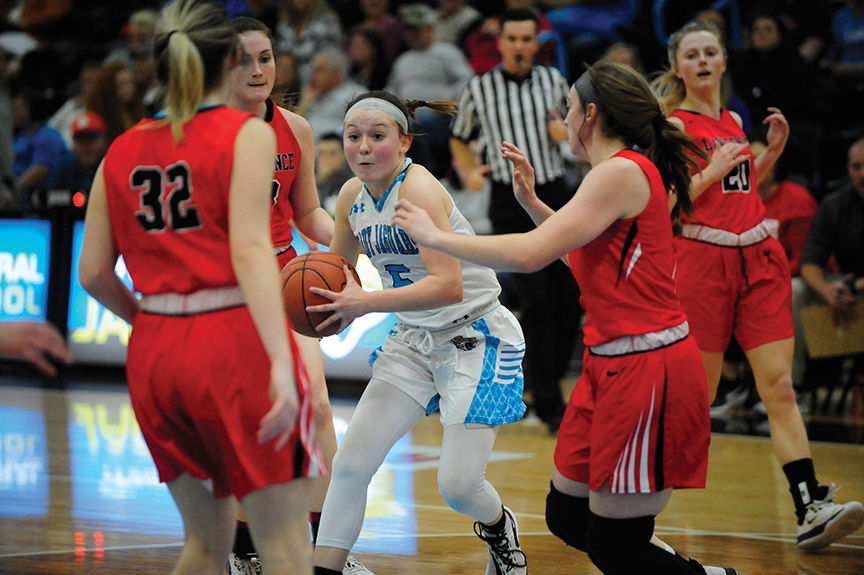 With the win, Floyd Central improved to 8-5 overall and 2-0 in the 58th District.

Lawrence County dropped to 9-9 overall and 2-1 in the district with the loss.

Moore, who recorded game-highs in both points and rebounds, shot 50 percent (13-of-26) from the field.

Floyd Central overcame a slow start to claim the district victory. Lawrence County opened the game on a 9-0 run and led 13-8 at the end of the first quarter.

However, Moore and her teammates fared much better after the opening frame. Floyd Central and Lawrence County were tied 26-26 at halftime and the determined host team finished strong to pull out the hard-fought win.

Floyd Central shot 44.6 percent (25 of 56) from the field. The Lady Jaguars finished one of seven from three-point range.

The curious case of Reed Nikko: Just how much has the big man raised his game?

Kennedy Harvel scored 11 points for the Lady Jaguars while Grace Martin added a near double-double of 10 points and nine rebounds.

Kensley Feltner was 11 of 25 from the field on her way to leading Lawrence County with a team-high 31 points.

Alexis Ratliff was the only other Lawrence County player to reach double figures in the scoring column, adding 16 points.