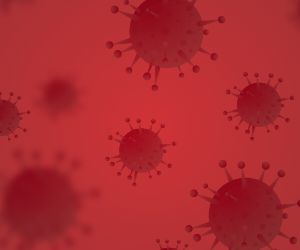 During a special meeting of the Floyd County Fiscal Court on June 24, more than 100 county

businesses were approved for grants aimed at providing some financial relief to those businesses which suffered during the COVID-19 pandemic.

According to Floyd County Judge-Executive Robbie Williams, only 21 of the approximately 158 applicants who applied were denied, which means a total of 137 county business owners will be receiving a check from anywhere between $2,000 and $5,000 per business. The total funds for the grant program is approximately $500,000 and it was up to the grant review committee to decide how those funds would be properly distributed, which they did over the course of a week's time.

According to the committee, which is comprised of Missy Allen, Ramona Caldwell and Mark Miller, as well as Cameron Stephens who is aiding the committee on behalf of the fiscal court, some business owners who applied were within the city and they were not eligible, due to the City of Prestonsburg having its own small business grant program.

The committee had two objectives, deciphering which businesses were eligible and how those funds would be distributed.

The committee requested four months worth of bank statements, two months prior to the pandemic and two months after, in order for the committee to be able to see each business’s cash flow during that time.

“That gave us an indication that there had been a loss of revenue, that’s what we’re trying to replenish,” Miller said.

Williams said that on behalf of the fiscal court, he and the rest of the members would like to thank the committee for their work during the review process.

“We want thank you all for helping us evaluate the applications as they came in,” Williams said. “We feel as though you guys have done a heck of a job. These grants will go a long way in helping our community.”

Business owners began picking up their award checks at the judge-executive's office on June 29, and that process is expected to continue the rest of the week as the court is doing pickups in the order of each district number.