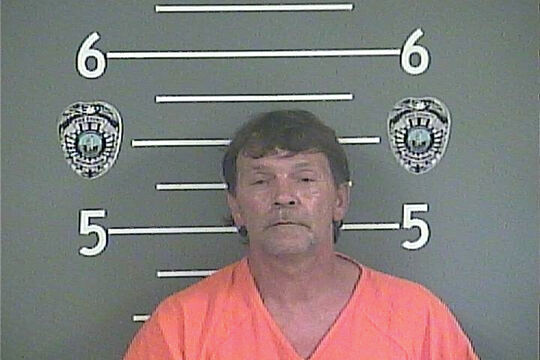 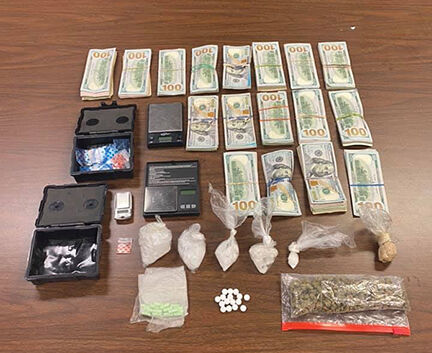 Drugs, including suspected methamphetamine and suspected heroin, are displayed at the Pikeville Police Department after the arrest June 2 of Walker Douglas Rose, 49, of Old Wagner Station Road, on numerous charges. The arrest is Rose’s second in less than a year on drug trafficking charges.

A Pikeville man was arrested June 2 on numerous drug charges after the Pikeville Police Department, along with the Floyd County Sheriff’s Office, conducted an operation which led them to find drugs and paraphernalia, including large quantities of methamphetamine and heroin.

The case represents the second carrying allegations of large-scale drug trafficking against Walker Douglas Rose, 49, of Old Wagner Station Road, in less than a year.

According to an arrest citation written by Pikeville Police Officer Austin King, on June 2, officers performed surveillance on Rose’s residence and performed a traffic stop on Rose’s vehicle as he was traveling from his residence.

During the traffic stop, King wrote, Rose told PPD Capt. Russell Blankenship that he had methamphetamine on his person and a large amount of cash in his truck. Also involved in the investigation and arrest was Floyd County Sheriff’s Deputy Darrin Lawson.

“We retrieved a baggie of crystal-like substance from Rose’s pocket that appeared to be methamphetamine, and around $17,000 in cash that was located behind the driver’s seat of his truck,” King wrote.

This is how justices questioned the GOP Obamacare challenge

Who are the Cyber Ninjas?

Lawson, court documents show, was also the lead officer in a case in which Rose was arrested in August.

According to an arrest citation, on Aug. 25, officers with the Floyd County Sheriff’s Office, Kentucky State Police and Pikeville Police Department conducted a search warrant at Rose’s residence.

The citation said deputies also located two sets of digital scales, a large quantity of baggies and approximately $4,000 in cash which, the arresting officer wrote, are all items used in the sale of illegal drugs.

During the search, the citation said, deputies also found three semi-automatic handguns, as well as an AR-15 rifle and a hunting rifle, all of which Rose is forbidden from owning because he is a convicted felon.

During a subsequent search of the residence, court documents said, Pikeville Police Officer Zachary Bowens found a box in a bedroom which, when opened, was found to contain 56 grams of suspected methamphetamine, a quantity of various pills, $425 in cash, a working digital scale and plastic baggies.

That case has been referred to a Pike County grand jury for possible indictment, court records show.