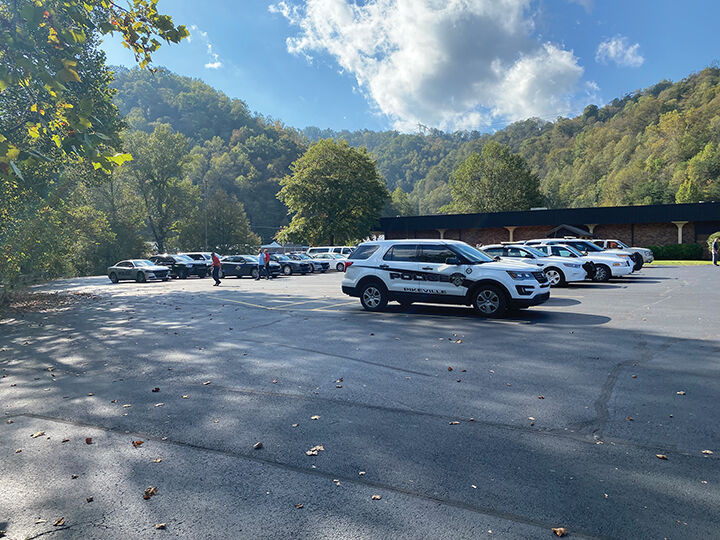 Both Floyd County and the City of Pikeville are mourning the passing of a police officer who was in the process of leaving one community police department to start with another when he fell ill with COVID and passed away this week.

On Oct. 13, Floyd County Sheriff John Hunt’s office released a statement announcing that Oliver Little, who had been a deputy with the department for several years, had passed after a weeks-long battle with the virus and its impacts.

“It is with great sadness that we announce the passing of Floyd County Sheriff’s Deputy Oliver Little. On behalf of Deputy Little’s family and the FCSO family we want to thank everyone for keeping Oliver in your thoughts and prayers over the last couple weeks. We will release arrangements as they are made available,” the statement read.

Little was in the process of becoming an officer with the Pikeville Police when he contracted COVID-19.

And, while he had not been able to fully join the Pikeville Police Department, officials there said officers are still mourning the loss.

"The officers of the Pikeville Police Department want to send our condolences and prayers to the family of Oliver Little and to the Floyd County Sheriff's Office," Public Information Officer Tony Conn said. "He is in good hands now and he will never be forgotten by the residents of Floyd County and the City of Pikeville.

"The loss of an officer isn't just felt in the community their served but across the nation," Conn said. "Oliver was a people person and had a wonderful personality and was a great law enforcement officer."

Little had been presented to the Pikeville City Commission and was approved to be hired.

"Oliver's tentative first day with Pikeville PD was supposed to have been Sept. 28," Chief Mike Riddle said. "Unfortunately, he tested positive for COVID on Sept. 25 and was hospitalized and he passed (Oct.13).

“Oliver came highly recommended to us to be a part of our department," Riddle said. "He made a really good impression during his interviews with us,” Riddle continue. "I just want to say that our thoughts and prayers go out to Oliver's family and his fellow deputies in Floyd County.”