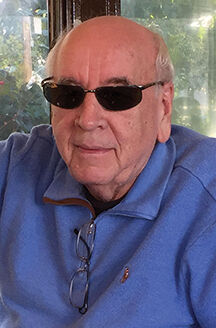 He was born March 22, 1989, in Gwinette, Georgia, to Kalton “Bo” Adkins of Virgie and Shana Cole Adkins of Myra.

Besides his parents, he is survived by two sisters: Brittany Adkins of Los Angeles, California, and Natalie Adkins of Myra.

Funeral services were held Monday, April 26, at Hall and Jones Funeral Home, Virgie, with Daryl Newsom and others officiating.

Arrangements were under the direction of Hall and Jones Funeral Home of Virgie.

He was born April 17, 1968, in Pike County to Draxel (Peggy J.) Bowling of Caney Creek and the late Brenda Tackett Bartley.

Besides his father, he is survived by two brothers: Kevin Bowling, Robbie Bowling; one sister, Evelyn Evon (Sissy) Bowling.

Arrangements were under the direction of Hall and Jones Funeral Home of Virgie.

He was born on November 14, 1938, to the late Isadore and Nancy Wright Brown. He was of the Old Regular Baptist Faith, a retired miner and auto mechanic.

Funeral services were held Tuesday, April 27, at the Hall & Jones Funeral Home with Jerry Damron and others officiating. Burial followed in the Roman Wright Cemetery at Dorton.

Arrangements were under the direction of Hall and Jones Funerqal Home of Virgie.

Funeral services will be held at 1 p.m., Wednesday, April 28, at the Burton Pentecostal Church, Bypro.

Arrangements are under the direction of Nelson-Frazier Funeral Home of Martin.

She was born on January 28, 1955, to the late Sam Casebolt and Rebecca Younce Casebolt. She was a member of the Free Will Baptist Church.

Funeral services will be held at 11 a.m., Wednesday, April 28, at the Hall and Jones Funeral Home with Gary Wright, Pete Sexton and others officiating.

Burial will follow in the Joyce Compton Cemetery at Little Robinson.

Arrangements are under the direction of Hall and Jones Funeral Home of Virgie.

Private, graveside services will be held.

She was born in Pikeville, Aug. 15, 1967, the youngest child of Marvin Rudy Wagner and Billie Barnette Wagner.

She attended Mullins Elementary and Mullins High School. After graduating from Mullins, she attended Prestonsburg Community College for one year. She transferred to Eastern Kentucky University where she graduated in May 1989. She was a proud alumna of EKU, not only because she valued the education she obtained there, but also, because she made many lifelong friends and sisters in the ADPi sorority that she loved dearly.

However, most importantly, Paula met the love of her life at EKU, William David Glenn, III. They dated throughout their college years and the years that followed until they married Nov. 21, 1992. They made their home in Lexington and raised two children.

She enjoyed working as a mortgage banker at Stockton Mortgage Corporation because she loved assisting people in fulfilling their dream of owning a home, but she felt her best accomplishments were being a devoted wife to her husband whom she adored and a mother to her precious sons. She found joy in participating in her sons’ school and athletic committees and was very passionate about volunteering with the Humane Society.

She was preceded in death by her father, Rudy; and her sister, Debra Wagner Howe. Arrangements for the Celebration of Life service to be held at Clark Legacy Center in Nicholasville are pending.

In lieu of flowers, donations may be made to one of the organizations listed on the Clark Legacy Center website.

Arrangements are under the direction of Clark Legacy Center of Nicholasville.

The guestbook may be signed at www.clarklegacycenter.com.

Due to the pandemic, a Celebration of Life service will be held at a later day and announced by Hall Funeral Home, Martin.

As a friend once said, Carson was a spark! He lived life on his own terms from the day he was born until pretty much the day he died. He enjoyed life. Immensely. He made friends wherever he went, enjoyed a good drink (or two), ate ice cream as often as he could, and played a mean game of corn hole. He had one daughter, who was lucky enough to bask in his glow for nearly 50 years. And, along the way, he taught her some things. Be honest. Be kind. Say “thank you.” Spend wisely. And, plan for tomorrow. Last but not least, he hammered into her that she could do anything (thanks, dad).

Carson was a self-made man who hailed from Garrett, a small town in Kentucky. He joined the Marines as a young man, and soon after graduating boot camp, found himself participating in the color guard for JFK’s inaugural parade. Always the pragmatist, his recollection of that day was that it was cold.

Once he’d completed his service, he got a job in a field that would become his life’s work — accounting. He worked hard and rose through the ranks of corporate America, ultimately becoming the Director of Accounting Operations and Director of Financial Reporting for Mercantile Stores Company, Inc. He loved his work, obsessing over every way the company might be better, no matter how small the detail. One year for Christmas, his daughter gave him a sweater, and he was thrilled . . . with the box it came in. He excitedly exclaimed, “This is a great box! I’m going to take it back to our people so they can examine it and improve our boxes.” And, on the other end of the spectrum, he saw the impact that e-commerce was going to have on brick-and-mortar stores in the late ’90s and began warning people that big department stores would have to adjust (he retired shortly thereafter). He was almost always the smartest guy in the room.

Last week, he finally lost his multi-year battle with cancer. He was a fighter to the very end, and gave what is ordinarily an aggressive cancer a serious run for its money. The world shines a little less brightly without this quirky, smart man. But, he will live on in all who knew him — especially when they make a witty comment or keen observation and find themselves smiling at the thought, “that sounds like something Carson would have said!”

When the pandemic is over, and it is safe to gather, there will be a celebration of his life. In the meantime, raise a glass to him tonight, or eat your favorite food. He would have liked that.

She was born on October 19, 1993, to Sheila Perysian (Mark) Compton of Pikeville and the late Randy Mullins.

Visitation will be held at 6 p.m., Wednesday, April 28, at Hall and Jones Funeral Home, Virgie.

Funeral services will be held at 1 p.m., Thursday, April 29, at funeral home, with Kevin Bowling and others officiating.

Burial will follow in the Mullins Cemetery at Lick Fork.

Arrangements are under the direction of Hall and Jones Funeral Home of Virgie.

Burial will follow in the Risner-Bradley Cemetery, Alum Lick, Martin.

Offer a personal message of sympathy...

By sharing a fond memory or writing a kind tribute, you will be providing a comforting keepsake to those in mourning. If you have an existing account with this site, you may log in with that below. Otherwise, you can create an account by clicking on the Log in button below, and then register to create your account.