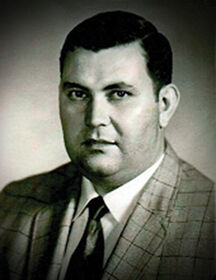 Mr. Crisp was retired from the United States Air Force where he was a master sergeant and then worked in civil service for many years.

He was preceded in death by his parents, a son, Bobby Crisp and a sister, Lenora Martinez.

Mr. Crisp is survived by his wife of 62 years, Martha Crisp, of Carthage; a son, David Crisp and wife Miki of Honolulu, Hawaii; a daughter, Sandra Pinkston and husband Darrell of Carthage, Texas; sisters, Wanda Clay of Ohio, Rhea Jennings of Morehead, Kentucky and Patricia Seddon of Illinois; a brother, Vernon Crisp; and also survived by three grandchildren and four great grandchildren and numerous nieces and one nephew.

Mr. Crisp Cremains will be entombed at a later date at the National Memorial Cemetery of the Pacific at Punchbowl in Honolulu, Hawaii.

Arrangements are under the direction of Hawthorn Funeral Home of Carthage, Texas.

An online guestbook can be signed at, www.hawthornfuneralhome.com

Arrangements are under the direction of Carter Funeral Home of Prestonsburg.

She was born on September 8, 1939 in Prestonsburg, Kentucky, to Arthur and Oma (May) Hughes.

Dawn was a 1956 graduate of Prestonsburg High School. She married Thomas Hicks in Auxier, Kentucky, on September 5, 1959. Dawn worked at Kroger Egg and Markhon in Wabash. She enjoyed reading, especially Stephen King novels. Dawn also enjoyed watching Jeopardy, playing Scrabble, playing video games with her grandchildren, walking and exercising, baking during the holidays, and going out to eat steak with her husband.

She was preceded in death by her parents, two sisters, son-in-law, Michael Culver, and a grandson, Caleb Culver.

Per Dawn's wishes, there will be no services.

Arrangements are under the direction of Grandstaff-Hentgen Funeral Service, 1241 Manchester Avenue, Wabash, Indiana.

The memorial guest book for Dawn may be signed at, www.grandstaff-hentgen.com

This is a paid obituary

Burial will follow in the W.J. Hall Cemetery, Grethel.

Arrangements are under the direction of Hall Funeral Home of Martin.

She was a graduate of Betsy Layne High School, attended both Radford University and Pikeville College and was a life long member of the Betsy Layne United Methodist Church. Whether Glenda was working with students in a classroom, as a flight attendant, helping adults with developmental disabilities or caring for one of the many children in the family that she loved spending time with, Glenda did all of those tasks with the heart of a servant. Her loving, laid-back style made everyone around her feel loved and accepted. She will be deeply missed by family and friends.

Glenda was preceded in death by her husband, Robert Larson; step-son Michael Larson, and brothers Kenny Blackburn and Mickey Blackburn.

There are no services planned at this time, although a Celebration of Life will be held at a later date. If you would like to honor Glenda’s memory, the family requests that you make a memorial gift to: Alzheimer’s Tennessee, Inc. 5801 Kingston Pike, Knoxville, TN 37919 www.alztennessee.org

This is a paid obituary

Visitation will be held at 12 p.m., Wednesday, August 19, at Nelson-Frazier Funeral Home, Martin.

Funeral services will be held at 12 p.m., Thursday, August 20, at the funeral home.

Burial will follow in the family cemetery, Merritt Brach, Prestonsburg.

Arrangements are under the direction of Nelson-Frazier Funeral Home of Martin.

Arrangements were under the direction of Hall Funeral Home of Martin.

Arrangements are under the direction of Carter Funeral Home of Prestonsburg.

Arrangements were under the direction of Hall Funeral Home of Martin.

Arrangements were under the direction of Carter Funeral Home of Prestonsburg.

Earl Edward Webb was born at Langley on July 24th, 1939, to the late Thomas A. Webb and Gertrude Hopson Webb. He was the eldest grandchild of Earl and Lula May Webb, with whom he spent many happy years at the old Webb homeplace on Henry’s Branch.  He is preceded in death by brothers: Merle and Kenneth. Surviving sisters: Sheba (the late Walker) Prater, Sharon Webb, Patricia (Alden) Maynard, and Cheryl Lynn (Charles G.) May; surviving brothers are David Webb and Thomas Dean (Teresa) Webb and a host of cousins, nieces, and nephews.  He was united in Holy Matrimony to Mary Francis Osborne on January 27th, 1960. Into this union were born three sons: Thomas Edward (Wendi); Earl Stephens (Shelia) and Dr. Keith Phillip (Dr. Sonja) Webb; three grandsons: Kyle S. Webb, Justin T. and Hunter; one granddaughter: Hannah; two great-grandchildren; Colton Thomas Webb and Berkley Rose Webb.  After graduating from Maytown High School in 1958, Earl attended Mayo State Vocational where he studied automotive mechanics and welding.  He became a salesman for Sandy Valley Explosives of Allen, KY in 1967 and began his sales career on Johns Creek in Pike County. Earl distinguished himself in the sales field by his social, friendly and straight talking manner. Many times he would weld for free on a job, just to pick up their business. Several of the competing explosive companies tried to hire him because of his dedicated competitiveness.  In 1969, Earl was offered a position with the E.I. Dufont Explosives Co. of Wilmington, Delaware. He continued to work with Sandy Valley Explosives distributors Bob Gibson Powder Co. Vansant Virginia, and J. S. Willis in Clintwood, Virginia. Earl was the first sales representative to exceed the one million dollar mark, receiving special recognition and numerous awards for this outstanding achievement.  In 1988 DuPont sold out to Explosives Technologist International (ETI) where Earl continued his sales career.  At the annual sales and review meetings, Earl dreaded getting up to make a speech and his speeches were short and to the point. But his extraordinary sales figures made up for his lack of words. Many of his associates jokingly accused him of being able to “sale a refrigerator to a Eskimo.” He attributed his success in “trying to treat people like you want to be treated.”  Before retiring he was honored by E.T.I. featuring a front-page picture in the international magazine COAL PEOPLE, 1993 with a lengthy write up describing his career in the Explosives Sales Industry.  Earl considered himself very fortunate and blessed to be able to have a career doing work so rewarding and satisfying. And to form in a lifelong friendships with both customers and colleagues.  Visitation for Mr. Webb was held at 11 a.m. on Friday, August 7, 2020, at Nelson Frazier Funeral Home, Martin. Funeral services were held at 1p.m., Friday, August 1, at Nelson Frazier, Martin, with Dolvin Ratliff officiating.  Entombment followed at Gethsemane Gardens, Prestonsburg.  On behalf of Mr. Webb’s family they have requested that in lieu of flowers that donations be made to a charity of your choosing.

Offer a personal message of sympathy...

By sharing a fond memory or writing a kind tribute, you will be providing a comforting keepsake to those in mourning. If you have an existing account with this site, you may log in with that below. Otherwise, you can create an account by clicking on the Log in button below, and then register to create your account.

Looking for a loved one?