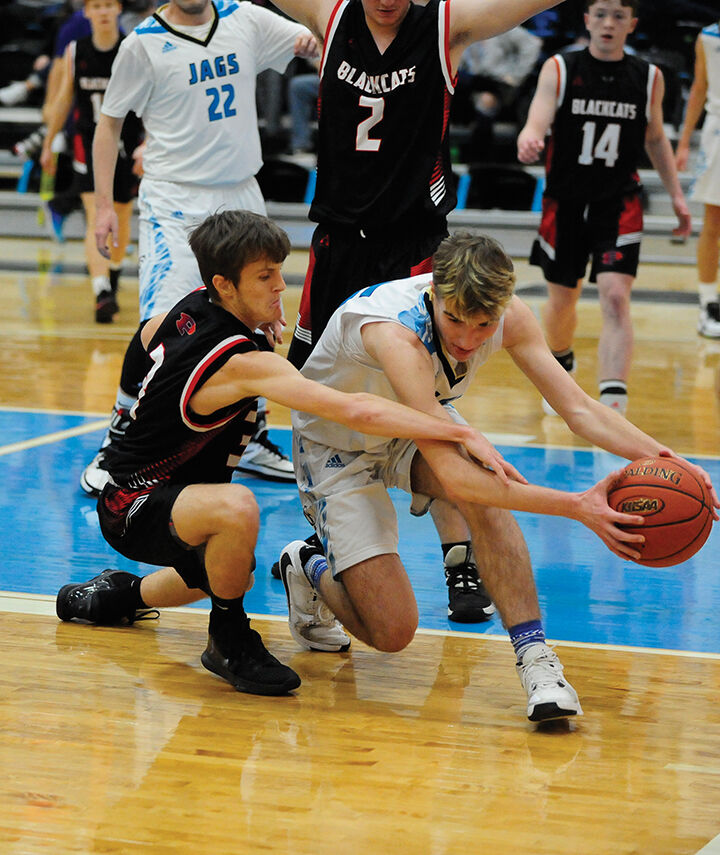 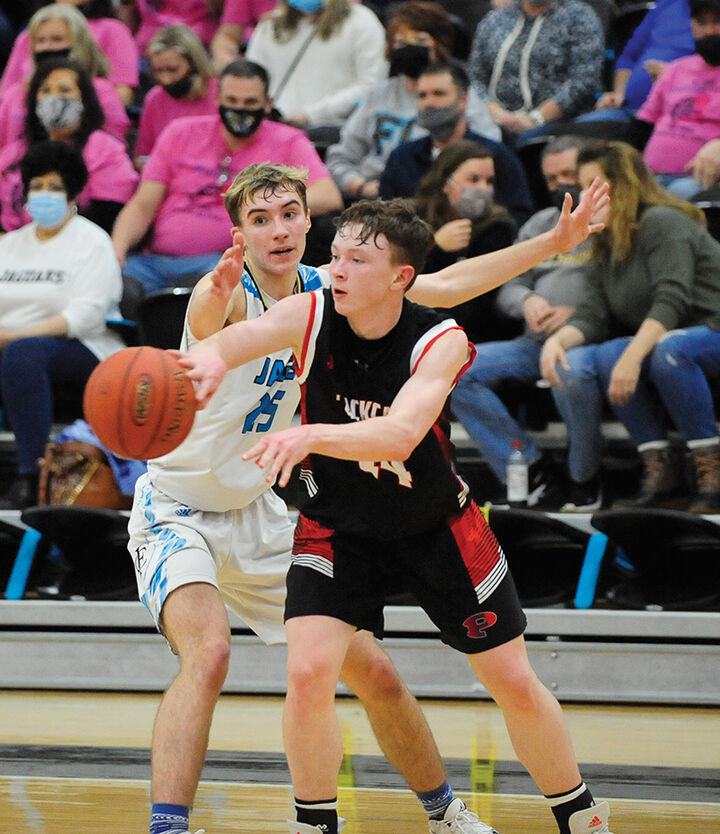 EASTERN — Visiting Prestonsburg outscored Floyd Central 32-11 in the second half to pull away to win 55-41 in a 58th District boys’ basketball game on Saturday, Feb. 6.

With the win, Prestonsburg improved to 4-5 overall and 1-1 in the 58th District.

Floyd Central dropped to 2-6 overall and 0-2 in the district with the loss.

“I’m proud of our team,” said Prestonsburg coach Brent Rose. “We are bruised and battered and recovering from illness but the guys are learning to fight through adversity.”

Floyd Central led 30-23 at halftime, but faltered after the intermission period.

Ryan Rose led Prestonsburg with a double-double, scoring 18 points and hauling down 14 rebounds.

Prestonsburg shot 53.5 percent (23-of-43) from the field. The Blackcats were four of 11 from three-point range, shooting 36.4 percent beyond the arc.

Prestonsburg finished five of 10 from the free-throw line.

Floyd Central finished two of six from the free-throw line.

Braden Moore paced Floyd Central, scoring 12 points for the Jaguars. Moore was the only Floyd Central player to reach double figures in scoring.

Prestonsburg continues to battle in the first half of the 2020/2021 boys’ high school basketball season.

“We are playing hard,” commented Rose. “It’s not beautiful basketball but we are competing every possession. We realize that a different guy has to step up each night and it takes everyone in the rotation doing whatever is needed for us to be successful. We have about five weeks until the District Tournament. We just have to get better each day.”

Prestonsburg pulled away to defeat visiting Phelps 75-42 in a boys’ high school basketball game at the Fieldhouse on Tuesday, Feb. 2.

The Blackcats moved ahead early, forcing Phelps to play from behind throughout the matchup.

Will Gullett led Prestonsburg with a double-double, scoring 15 points and hauling down 10 rebounds.

Matching Gullett in scoring for the Blackcats, Jon Little netted 15 points as well.

Jaeshon Nugent paced Phelps with a team-high 18 points. Nugent was six of eight from inside the arc.

Landon Dotson accompanied Nugent in double figures in scoring for the Hornets, finishing with 10 points.