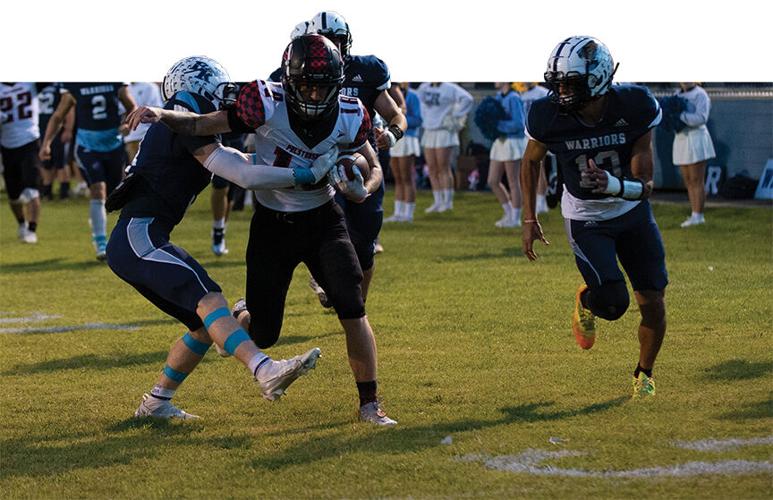 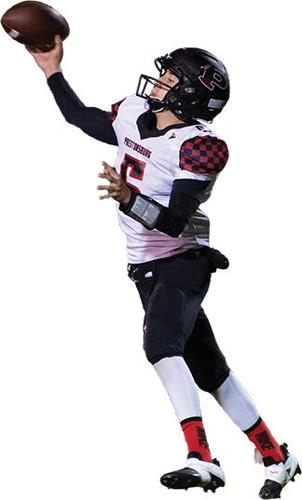 East Ridge was looking for its first-ever win against Prestonsburg last Friday night.

The Warriors played hard, but fell short 42-36 in their bid to knock off the Blackcats in Class 2A District 8 action.

The Warriors and Blackcats have met 13 times throughout history.

This marked only the second time that the Warriors have lost by under 10 points other than 2003’s 2-0 forfeit loss.

East Ridge and Prestonsburg were district opponents when the Warriors first started playing as a school in 2002. The two teams met five times, until the Class system expanded from four classes to six.

In 2015, East Ridge dropped from Class 3A back to Class 2A and once again became district opponents with the Blackcats.

The closest games the two schools have had happened in 2020 when Prestonsburg escaped with a 29-26 win over the Warriors.

That set up Prestonsburg’s Ethan Jarvis. Jarvis took the ball 31 yards for a score to give the Blackcats an early 7-0 lead with 11:46 left in the first quarter.

East Ridge answered as quarterback Dylan Burdine rushed for a 45-yard TD run with 3:06 left to play in the first quarter. The Warriors got the two-point conversion to take an 8-7 lead.

Prestonsburg answered as Jarvis scored from one yard out with just 35 seconds left in the first quarter to give the Blackcats a 14-8 lead.

The lead kept bouncing back-and-fourth after that.

When the smoke cleared, the Blackcats escaped with a 42-36 win over the Warriors.

Bears and Packers:  Who Wins and Why

Layne led the East Ridge defense with 14 tackles (two of those were for losses). Burdine followed with 13 tackles on the night and Gabe Mullins added 11.

Jarvis led the way for Prestonsburg with a monster night. Jarvis rushed for 241 yards and six TDs on 33 carries. Jon Little added 67 yards on 11 carries.

Little caught both passes for 16 yards.

Max Wiloughby was a perfect six for six with extra-points on the night.

Little and Brant George each recovered fumbles for the Blackcats. Little forced a fumble and so did Brayden Goble.

Logan Stumbo led the Prestonsburg defense with 10 tackles (one for a loss). Bryce Patton and Goble each added nine tackles.

With the win, Prestonsburg improves to 6-0 on the season. The Blackcats are set to host Shelby Valley in another big district matchup Friday night at 7:30 p.m.