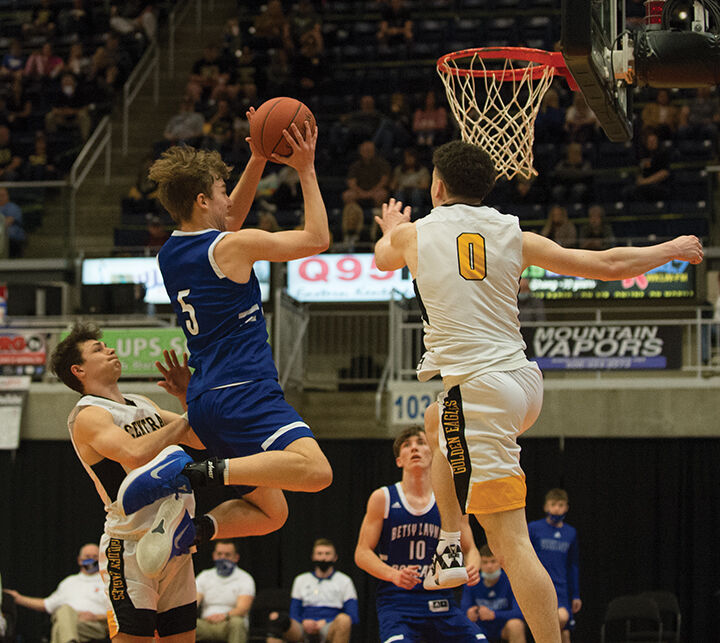 Betsy Layne’s Andrew Kidd goes up for a layup at the rim as Johnson Central’s Ryleh McKenzie defends on the play. 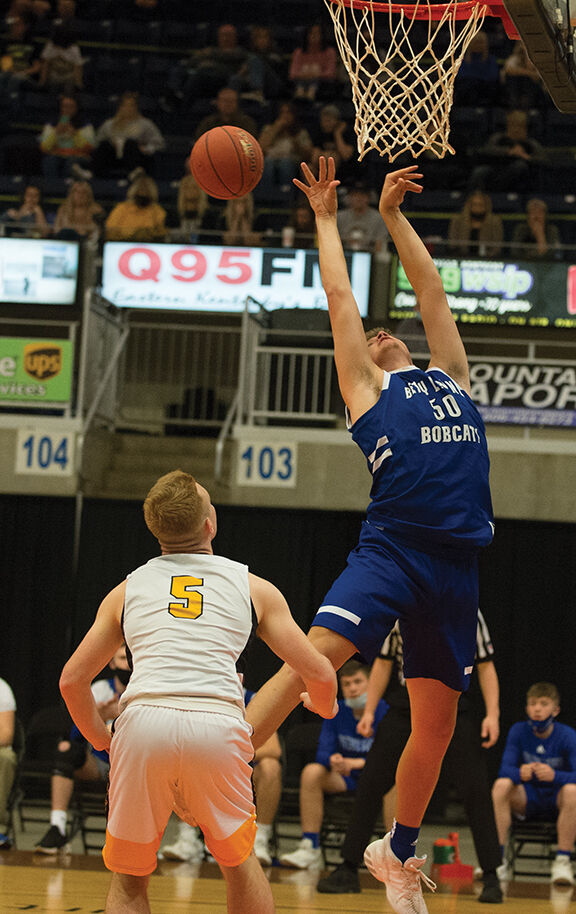 Betsy Layne’s Chase Mims goes up for a rebound against Johnson Central last Friday night in the 15th Region semifinals at the Appalachian Wireless Arena.

With the loss, Betsy Layne ended its season 13-9.

Johnson Central improved to 21-3 with the win.

Johnson Central shot 78.9 percent (15 of 19) from the free-throw line in its winning effort.

Western Michigan’s Rachel Bontrager is MAC Player of the Year

Cory VanHoose led Johnson Central with a game-high double-double, scoring 21 points and pulling down 10 rebounds. VanHoose was 7-of-8 from inside the arc

Accompanying VanHoose in double figures in scoring for the Golden Eagles, Isaiah May netted 15 points and Ryleh McKenzie contributed 13 points.

Under the direction of head coach Derrick Newsome, Betsy Layne showed improvement throughout the 2020/2021 boys’ high school basketball season, returning to the top in the 58th District.